You are here: Home / Wheelchair Program

Starting in the year 2000, the Greater Ft. Lauderdale Sister Cities International (GFLSCI) organization has provided thousands of wheelchairs to physically disable people in their sister city counterparts throughout the world. This award-winning model program was replicated by many other U.S. sister city organizations and by Sister Cities International.

After discovering that thousands of physically disabled people in their sister cities lacked personal mobility, GFLSCI began a humanitarian partnership pilot program with Rotary International and the Wheelchair Foundation, a group that provided free wheelchairs to people throughout the world. A joint venture was structured involving the GFLSCI organization, the Ft. Lauderdale Rotary, and the Wheelchair Foundation. The Wheelchair Foundation agreed to match locally raised funds and handle the purchase and delivery of wheelchairs to needy individuals in Ft. Lauderdale’s sister cities. Ft. Lauderdale’s community leaders were enthusiastic about the project, and soon more than $100,000 was raised. The wheelchair project drew our civic, religious, not-for-profit, and governmental organizations under one roof.

The project’s first success was the delivery of nearly 300 wheelchairs to Mar del Plata, Argentina. Soon after that, 1,000 wheelchairs were sent to Panama City, Panama. In 2002, more than 6,000 wheelchairs were sent to Ft. Lauderdale’s sister city counterparts in the Dominican Republic, Argentina, Brazil, Panama, Israel, and Turkey. As a result, in 2002, Greater Ft. Lauderdale Sister Cities International received the award for Humanitarian Assistance from Sister Cities International.

The project to provide wheelchairs for Mugla, Turkey first started in 2000 when Ms. Meltem Birkegren became the Chairperson for Mugla. The actual delivery of the chairs was finally realized in the summer of 2002 after numerous fundraisers to collect the required amount, setbacks due to customs problems etc. This was accomplished with the help of the Wheelchair Foundation, Turkish community particularly in Florida, members of GFLSCI, and Istanbul Rotary Club. Mugla’s 12 districts received a total of 240 chairs.

Second project came into life in 2004 after Jeni Grossman, a native of Arizona, who heard about the successful campaign for the people of Mugla, got in touch with Meltem Birkegren in Florida. Jeni had been to the Southeastern Turkey and witnessed first-hand the many disabled people who were in need of wheelchairs. The two women teamed up with two social workers from the GAP Region (the Turkish acronym for “Southeastern Anatolian Project“) and they all worked through the GAP women’s organizations known as CATOMs which are “Multi- Purpose Community Centers”. The women located every disabled person in eighteen small and large cities of southeast Turkey. Once the funds were raised again through various fundraisers, a website Meltem set-up online, and the help of GFLSCI members and Beyoglu Rotary Club in Istanbul, the Wheelchair Foundation arranged the transport of the 280 wheelchairs by ship to Turkey. The recipients of the chairs received their chairs in summer of 2004. 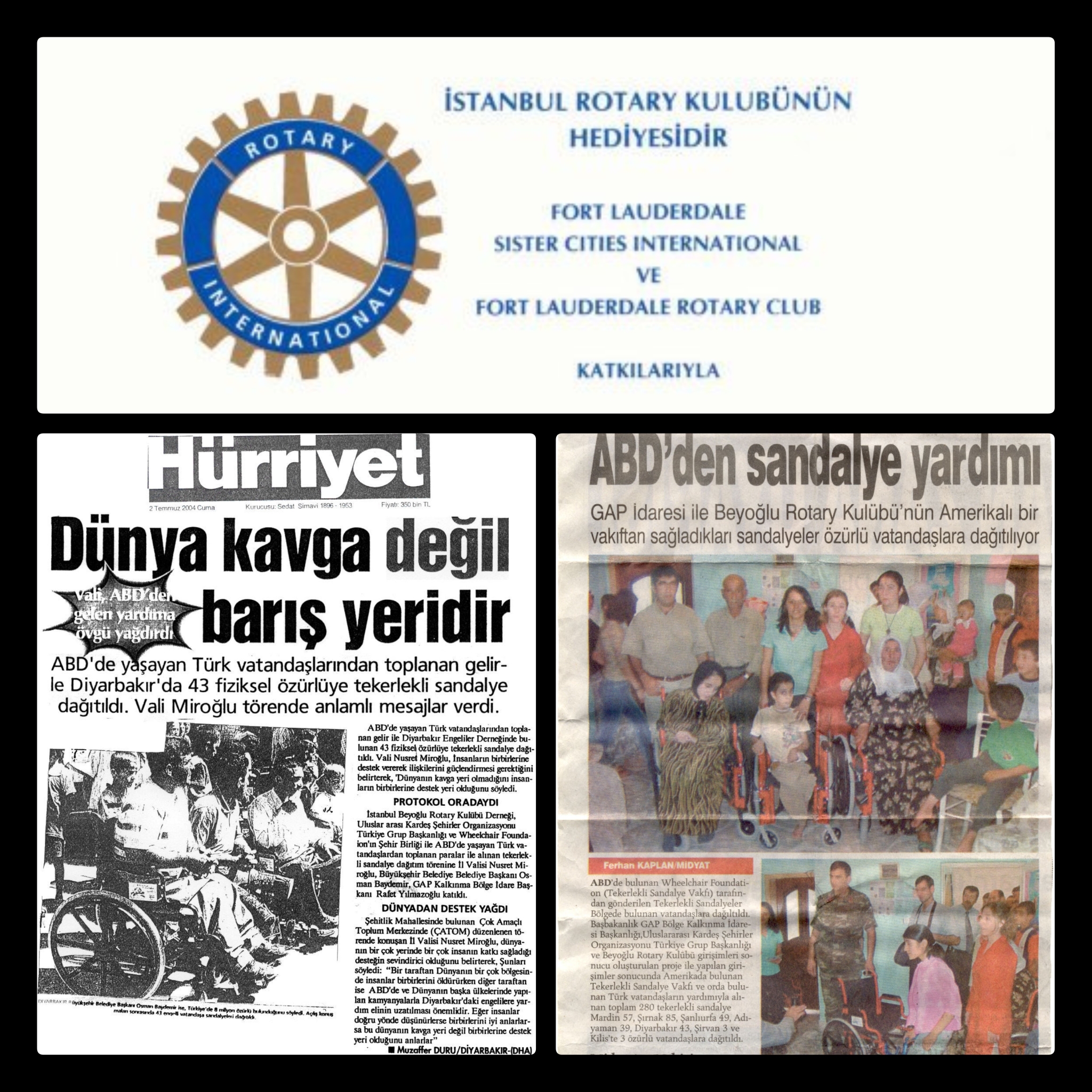 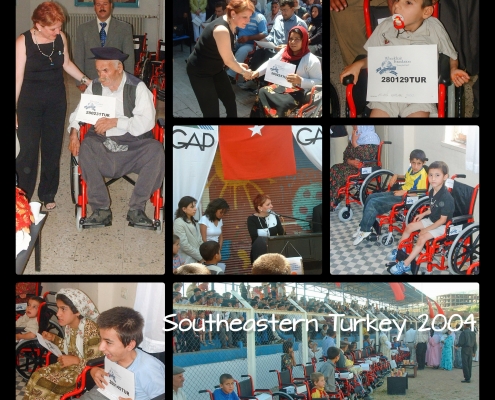 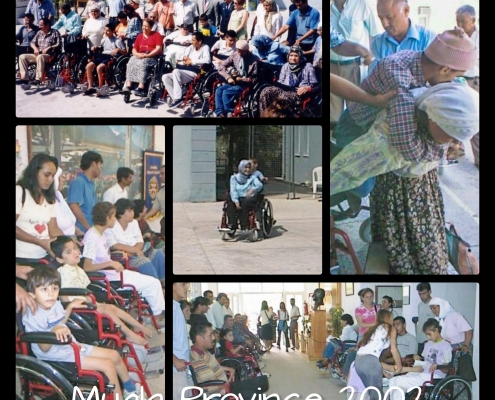