If I were Mayor Essay Contest

You are here: Home / If I were Mayor Essay Contest 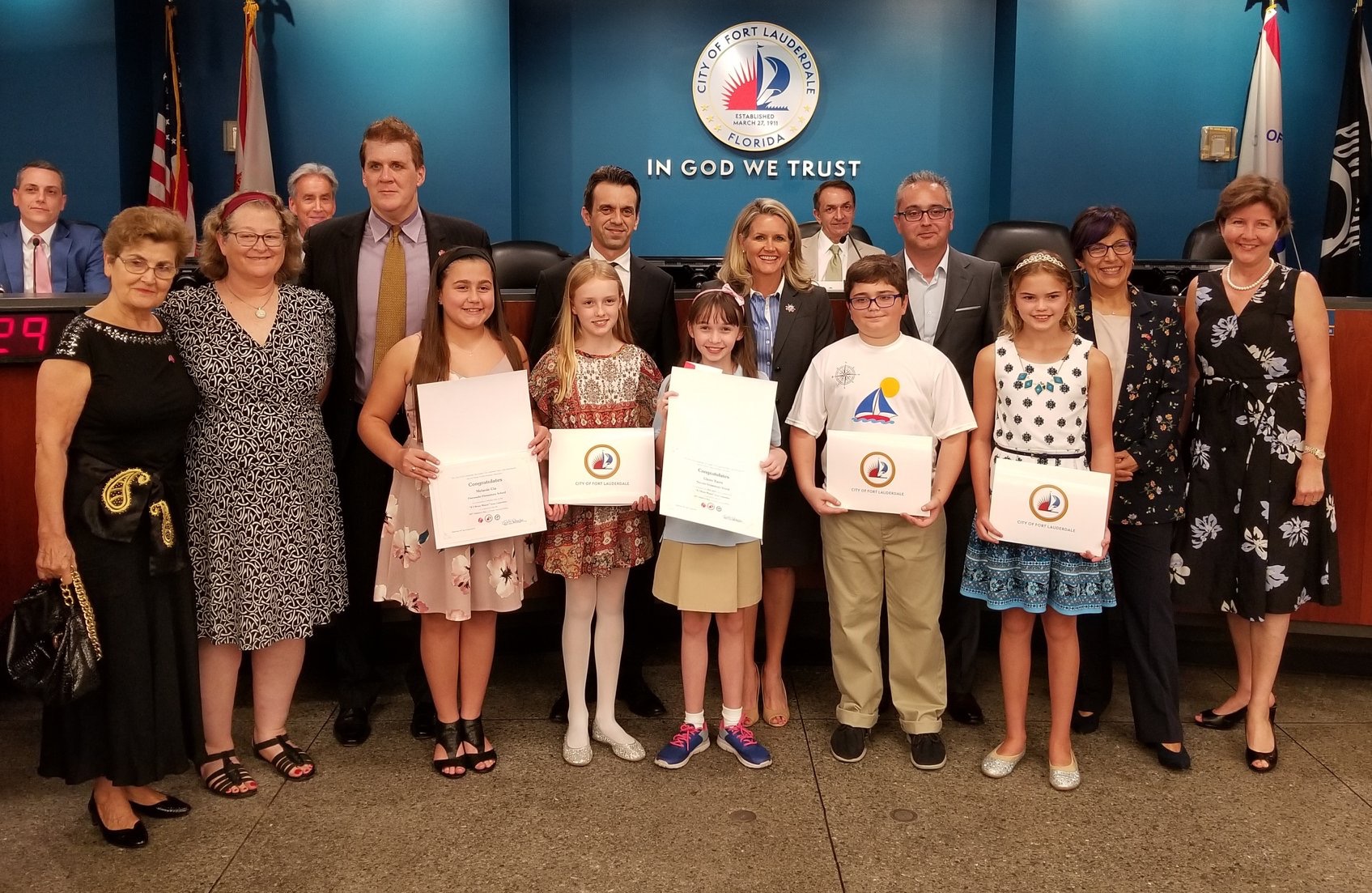 “IF I WERE A MAYOR” Essay Contest

When Ayse took over the Chairperson position for Mugla, she was trying to find and implement programs used by other Turkish organizations successfully, and to also involve Florida Turkish American Association (FTAA) in these programs. Then, an idea came in her mind after the Mayor of the City of Ft Lauderdale proclaimed April 23rd 2011 to be celebrated as “Children’s Day” in the City of Ft Lauderdale.

Every year, the children in Turkey celebrate “National Sovereignty and Children’s Day” as a national holiday on 23rd of April. This is the day that the National Assembly of Turkey was founded back in 1920, and the founder of the Turkish Republic, Mustafa Kemal Atatürk, presented April 23 to all the world’s children to emphasize that they are successors of the future. The importance of April 23 as a special day of children has also been recognized by the international community. UNICEF decided to recognize this important day as the International Children’s Day.

In Turkey, on this day, the children send their representatives to replace state officials and high ranking civil servants in their offices. The President, the cabinet ministers, provincial governors, mayors all turn over their positions to children’s representatives. These children, in turn, sign executive orders relating to educational and environmental policies. On this day, the children also replace the parliamentarians in the Grand National Assembly and hold a special session to discuss matters concerning children’s issues.

Since GFLSC is an organization which has a special interest in programs fostering cultural diversity and friendship among the youth of the world, as GFLSC Turkey Chair and Co-Chairs, Ayse and Muge respectively decided to turn the proclamation announced by the mayor into reality and take action towards organizing a series of activities intended to create awareness of International Children’s Day and to promote a sense of unity among children. Any activities for this purpose were to be organized in cooperation with GFLSC and the Florida Turkish American Association (FTAA). The team met up with then President of GFLSCI Marianne Winfield and, after several meetings, they decided to hold an essay contest among elementary school 5th graders. Marianne came up with the essay title as “If I were a Mayor”. Muge prepared all the formats for the essay, Ayse called each and every elementary school principal in Broward County to participate. The first year only Floranada school principal Dr. Sheila Lewis gave a positive answer and the essay contest was launced in 2011 with the participation of only 3 classes from Floranada. Zeynep Uluer Aytekin from the FTAA also joined the team in 2013 and brought in Norcrest and Bayview elementary schools. As of 2019 Virginia S. Young Elementary and Bethany Christian Schools have also joined bringing to 5, total of schools participating in the contest.

This contest is held every year since 2011. As of 2015, when the Turkish Consulate General of Miami was established, the Consul General of Turkey also started participating in the ceremonies for the 1st place winner. Winners receive gifts, which lately involves a roundtrip ticket to Istanbul from Turkish Airlines (THY).

The “If I Were Mayor” essay contest is held annually to honor the Republic of Turkey’s Children’s Day.  Dr. Ayse Celik, Ms. Muge Nurgun, and Ms. Zeynep Aytekin evaluated the essays and gave prizes to the winners. 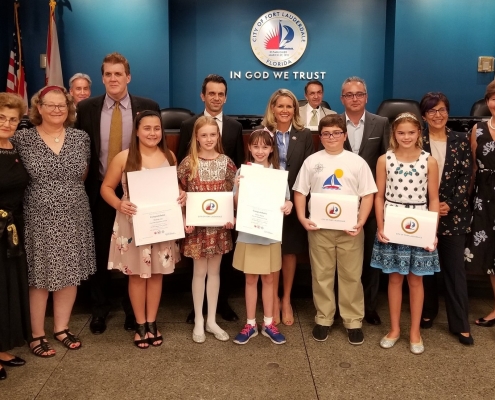 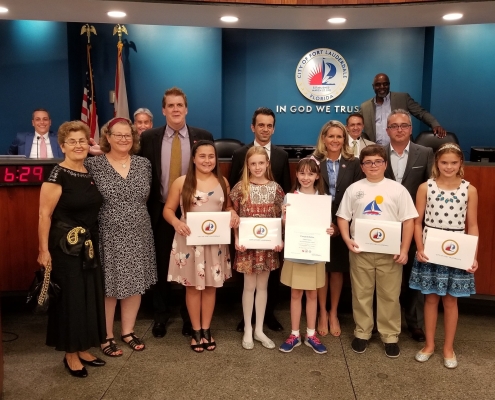 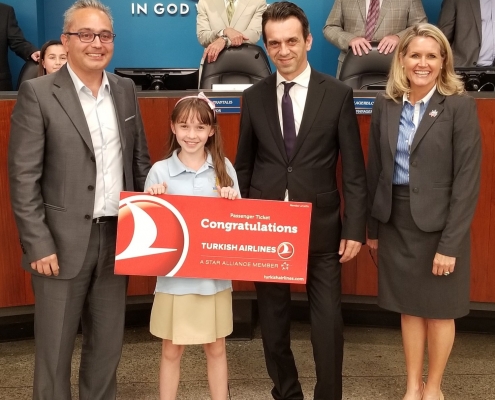 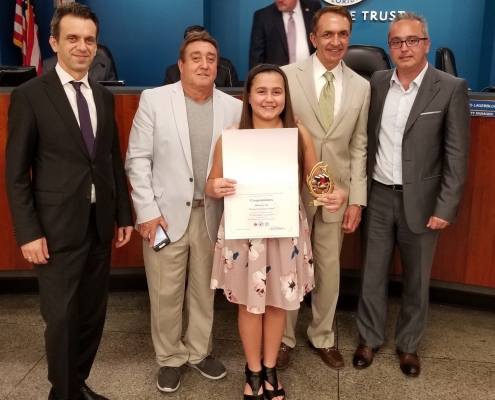 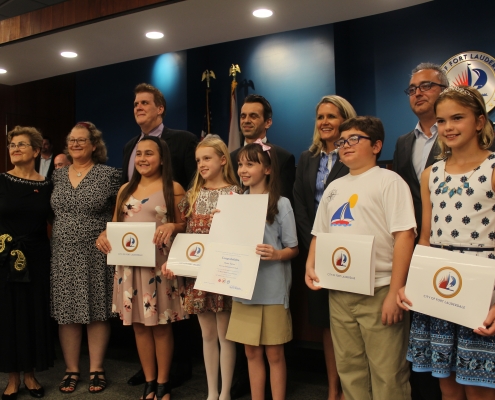 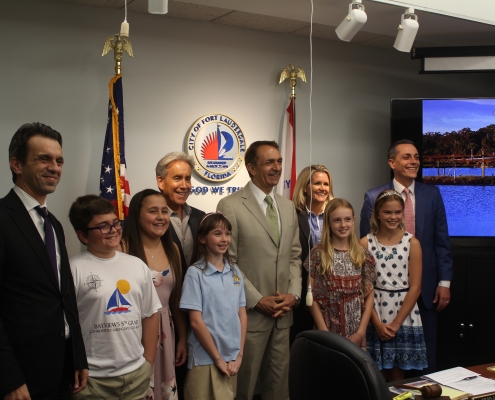 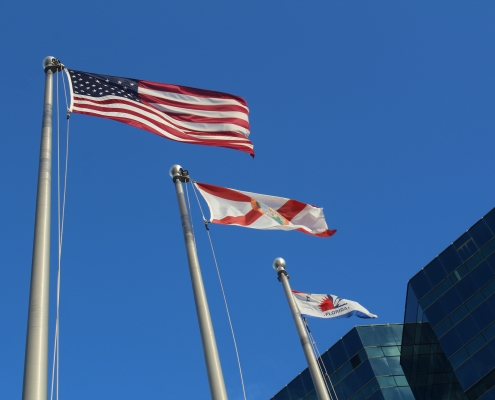 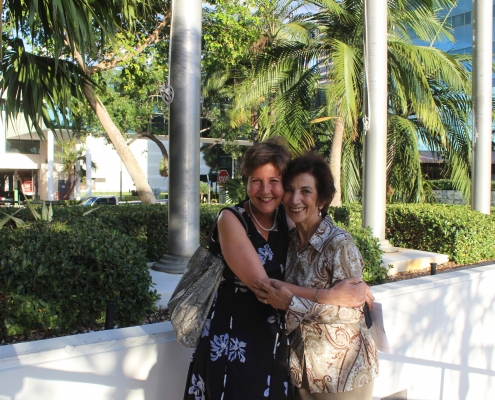 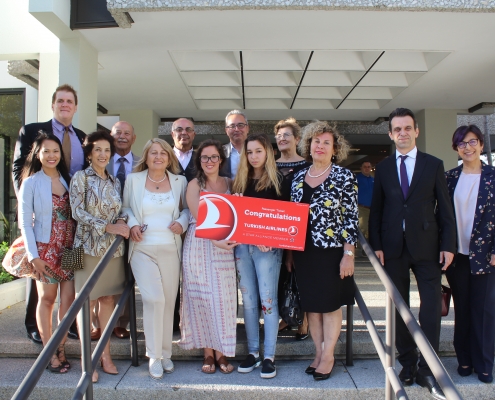 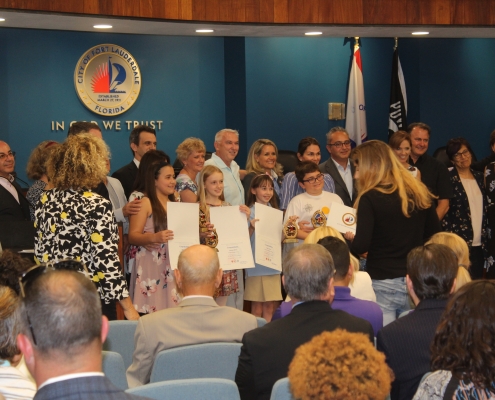 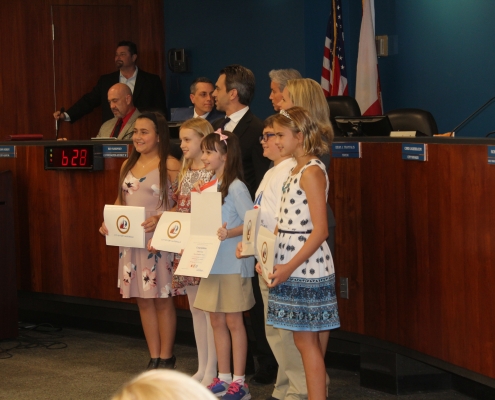 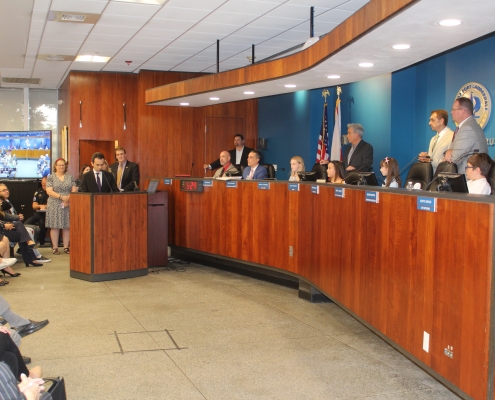 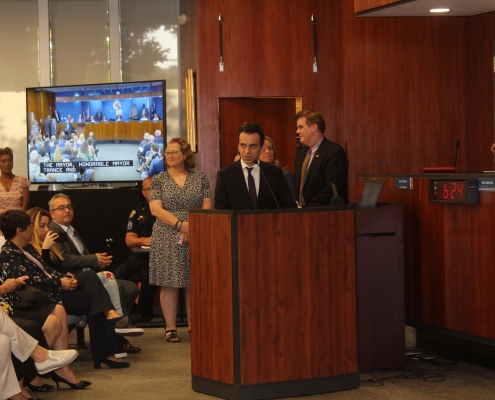 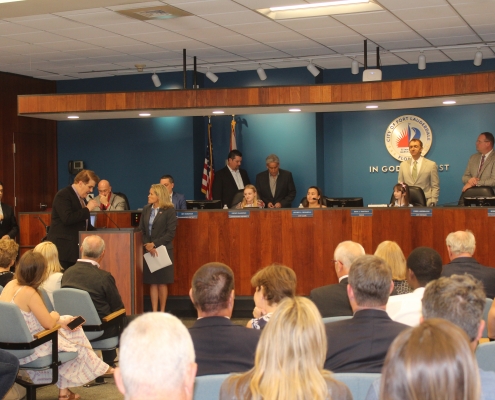 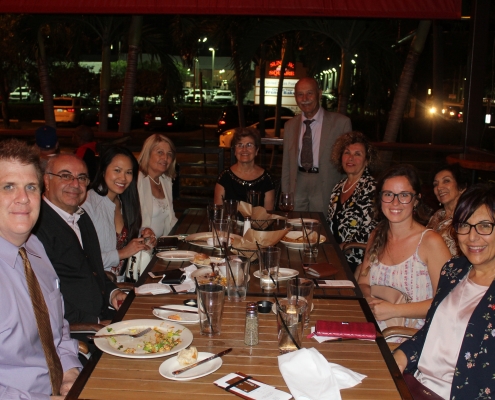 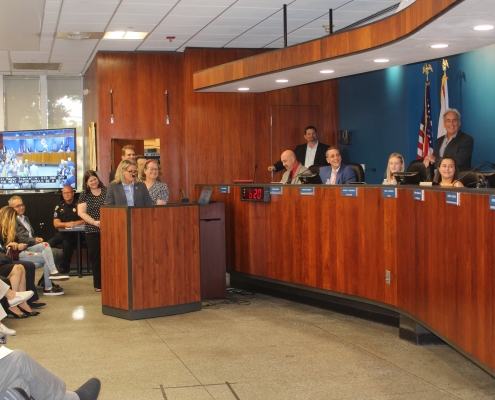 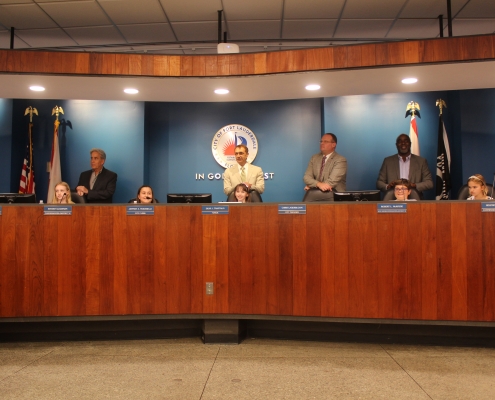 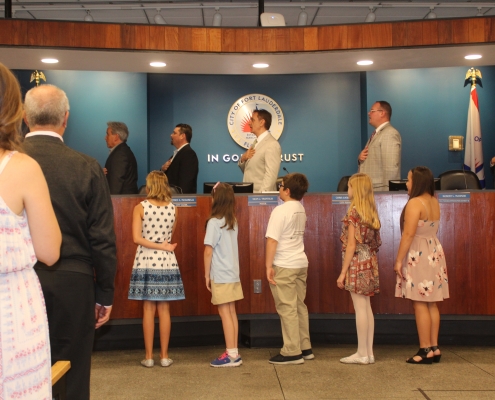 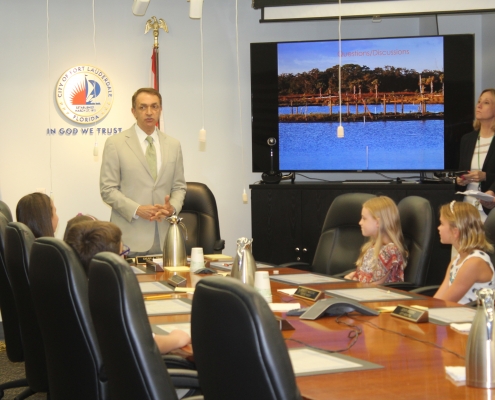 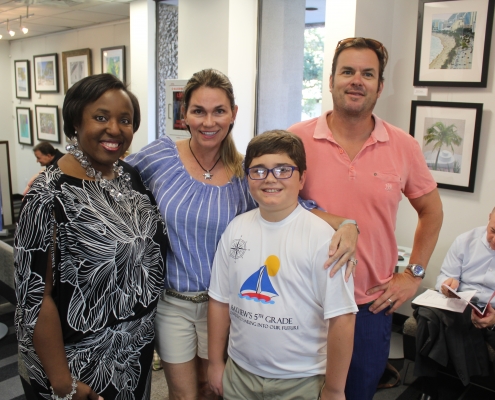 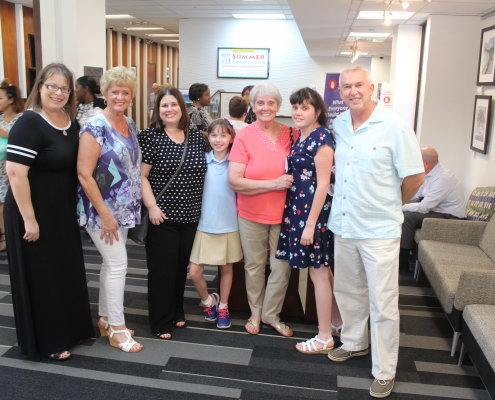 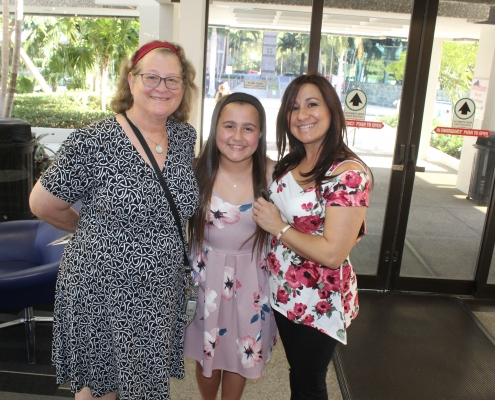 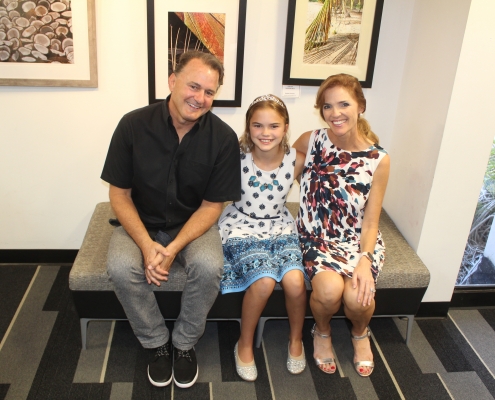 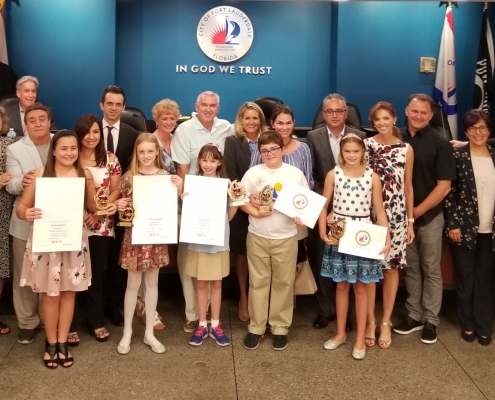